THE STRIP MOLDURES opened in 1999 It was conceived as a project of the Evangelical Baptist Church of Xativa for labor and social reintegration of drug addicts and alcoholics. José Luis was in charge of the project, being responsible for monitor-until 2004, when he took over as a private business.
He befriended many local artists framing his works, which aroused José Luis love for painting. Determined and excited with the artistic and creative framing workshop became an art gallery; STRIP Gallery was opened in December 2006, supported and commissioned by the painter and artist JoanRamos Montllor. A group exhibition of various artists, mostly local (Firewood,García Lledo Camarasa Mateu, Vicente Martínez, Vicente Mena, ...) was made.
Since then there have been regular exhibitions until today; including Armengol,Adrià Pina, Molina Ciges. 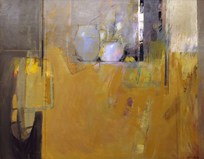